I SPY: FIGURING OUT SOCIAL MEDIA

When I started out writing my first book in 1991, there was no such thing as social media. An author wrote a book, got an agent or sent a manuscript to a publisher ourselves where it went into what was known as the "slush pile." After writing the book, the biggest responsibilities we had were edits, proofs and an occasional book signing. Maybe once or twice a year, I sent a newsletter. That was it.

Fast forward to today's world for writers. Authors are required to be savvy marketing specialists. We must network. We must advertise. Our presence on social media is critical. We need to be everywhere. We require a profile on every platform (some personal, some business). We should act natural, but fascinating, and interact in a friendly, responsible and yet exciting way so everyone will find us and our books irresistible and buy oodles of copies.

Aaagh! It's too much. How do we sort it all out? 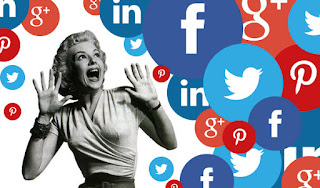 Every marketing specialist seems to have a different view of what platforms authors need to cultivate to sell books. I'm not here to tell you which one to choose (I can barely make that decision for myself), but at least I can give you a general idea of some of the more popular ones, as of 2017, and what kind of audience you are catering to there. Armed with that knowledge, hopefully you can determine which ones you are the most comfortable with and where you want to invest your time and presence.

For the purpose of this article, I'm not going to address messaging apps such as Whatsapp, QQ, Skype, Viber and WeChat since those are more for personal, interactive communication. This article is directed more for writers who are trying to judge where to spend their most time on social media with the most return on their investment, depending on their unique needs, audiences and comfort level.

Facebook: It's the largest of the social media sites. It surpassed 1 billion users worldwide A MONTH in 2016. I feel pretty confident in saying that if you're an author and you don't have a presence there -- you should. If you decide to go this route -- get a business page. A personal page is optional, but you should claim a page for your books and start building a base. Keep in mind, Facebook users tend to be older, about 35 and up. Not to say there aren't younger people here, too, but this is not their hangout of choice.

Tumblr: I didn't realize how big Tumblr is, but it has more than 555 million users monthly worldwide. That's pretty darn huge. This site is primarily for bloggers, but you can use it to post anything -- photos, recipes, your latest blog or whatever. The age range for this platform is all over the place for this one, because it caters to bloggers, young and old.

Instagram: Instagram is largely a video and picture-sharing platform. This platform is slightly skewed toward younger viewers who enjoy looking at photos or videos without having to read too much. Facebook now owns Instagram, so if you have Facebook, you can easily and simply integrate your accounts. There are about 400 million users a month.

Twitter: This is a challenging platform for writers because you only get 140 characters to say what you want to say. This platform is quickly gaining in popularity because brevity is key with this platform. There are also lots of advertising opportunities and it is evenly divided between younger and older users, which is a good way to all ages in one swoop. As of the end of 2016, Twitter had about 320 million monthly users. 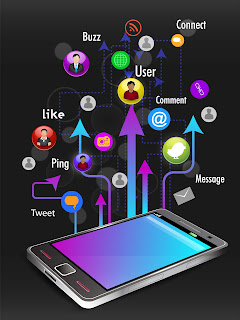 Google+: I have a nephew who works at Google, so of course, I have a Google+ account. Unfortunately, other than to talk with him, I don't use it. It's similar in some ways to Facebook, but not nearly as popular. However, it does has cool video-conferencing features and the ability to advertise using business pages. I personally think this is an untapped market, for me at least. There are about 300 million users.

Snapchat: If you have a YA book or want to reach out to a younger audience, you need to be here. It's all about the pictures. Photos stay up only for a brief time and then are deleted as soon as you view them. It's a fast and furious environment, but in addition to posting photos, you can access news and live recordings. This is a very fast growing platform with about 200 million users a month. I think it's only going to get bigger faster. I would recommend snagging a profile now and worry about figuring it out later (okay, that's my plan, not that I'm EVER going to get it figured out).

Pinterest: This platform grew out of the craft industry and is a great place to "pin" ideas for travel, cooking, writing and a variety of other projects. It's visually-based with pictures of your ideas instead of text. Approximate users -- around 100 million users a month. Audience tends to be a bit older.

LinkedIn: This is a professional networking site and is focused on interacting with the intent of connecting people for professional and industry reasons. It is evolving in many ways, but it doesn't hurt to post a profile on the page. There are about 100 million users a month.

YouTube: Got a book trailer? Want to enhance your sales by talking directly to your fans with a recorded video? Then YouTube may be the way to go. Create your own channel and post your own videos. Who know? Maybe you can become the next Internet sensation. This is the world's largest video-sharing site. It's very popular with the younger crowd, but older people are also becoming more and more invested.

Stage 32: This is a social network similar to Facebook, but for individuals who work in film, screenplays, television and theater.

Wattpad: This is an online storytelling social media site where you can post excerpts of your books or works in progress. Very popular with a younger crowd, but it is gaining more traction with older folks as well.

There are literally dozens, hundreds, more sites, but I wanted to outline the most popular ones for you. Keep in mind, many of these platforms can be linked together, so one post can go to a multitude of places. I would recommend exploring that option if you can.

For example, my Facebook Author page is linked to my Twitter profile. My Instagram account is connected to both my Tumblr and Twitter accounts. I have a LinkedIn profile (although it more prominently features my day job position) and my own YouTube channel. I have Pinterest, Google+, Wattpad and Snapchat accounts, too. Do I have a clue what I'm doing on all of them? Absolutely not. Am I active on all of them? Nope. In fact, I haven't even figured out how to get a profile picture on Snapchat yet. Aaagh! But I'm pretty active on a few of the social media sites where I feel comfortable. I do try to post something occasionally on everything else.

I think everyone has to figure out what works best for them. Hopefully, I've given you a little knowledge to show you where the most people around the world are showing up.


Julie's latest book, NO LIVING SOUL, featuring geek extraordinaire, Lexi Carmichael released on January 2, 2017 and is available across all online platforms. Click here to see the book on Amazon. 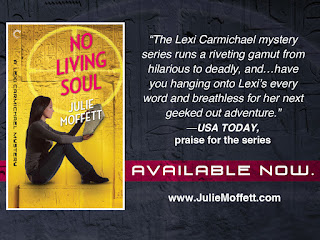 Thanks for the summary, Julie. This is great! I'm on Facebook, which is linked to Twitter. And I'm on Pinterest, but that's more for personal use so far. I have an Instagram account, but haven't taken the time to learn how to use it. I think I posted a picture of one of my cats there once. LOL Definitely a lot of potential to connect with a lot of readers if we do it right and regularly.

It really can get overwhelming! But it's not going away, so better to face the beast and take it on! :)

There's a new one. Is it listy? For books. I joined but I have no clue. It doesn't help I don't have a smart phone.

Great post. You are always so great on all social media sites. I don't know how you do it :) <3

Excellent post, Julie. Now, if only we could slow down the planet so there were more hours in the day.

Oh, jeez, Toni! I figured I'd miss something or a lot of somethings!! I'll have to check out Listy...

It does get overwhelming - and can be a major time-suck!

Great post, Julie. Thanks for the skinny on all social media.