Street Team — Do I Need One? 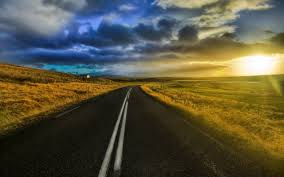 Forming a street team is one of the hot topics that I came across at the Romance Writer’s National Conference two weeks ago in Atlanta. I didn’t know what a “street team” meant to me as an author, but there was such a buzz on this topic among attendees that I decided to listen to a panel of authors talk about it, so I could discover firsthand what was going on.

Three lovely authors in varying stages of their career ran the workshop, talking about how they had created their personal street teams and what these teams were doing for them in terms of sales and promotion. A street team is basically a cheerleading squad of fans who will promote your book in exchange for swag and perhaps direct access to you as an author. When forming their teams, all three of the authors put out a call on Twitter and Facebook for fans to “apply” for a position on their street team. Those fans who were selected could then earn exclusive prizes, free books, swag and personal chats with you in exchange for doing promotion for you to libraries, friends, family and even complete strangers. Team members get “points” for tweeting/re-tweeting info on you and/or your books, talking about you on Facebook, and promoting you via LinkedIn, blogs, websites, etc. The team members get prizes for handing out postcards, bookmarks and promo materials to people. At some point, all three authors gave away a yearly “grand prize,” which could be anything from naming a character or animal in their next book to a vacation getaway.

Two of the authors were well off enough to have personal assistants run their adult street teams. The third author had a “ teen volunteer” help run her team as she wrote YA and the majority of her fans were teens. All three of the authors believed the street teams were instrumental to their growth and expansion in terms of both sales and career, but acknowledged that street teams can be very time consuming, expensive, and tricky to do right.

So, who should have a street team? The authors were all in agreement that you should have have a solid fan base before you try to form one. Starting a street team before you even have a book available might not be a good idea. But if you have a book or two under your belt and several vocal fans, you might consider one. If you are an author looking to break out of mid-list or blah numbers in terms of sales, then a street team might be for you.

Great info, Julie. I don't have a street team, but have been watching some of my author friends set up theirs. They look like a lot of fun...and a lot of work! I'm getting to the point where I have some vocal fans who approach me, but I doubt I'd ask them to form a street team...maybe a few years from now! LOL

Thanks for the information. Like Anne Marie, I've watched friends set up teams. Some are more successful than others. It does seem to need the constant attention that an assistant can provide.

Although I think it's a great idea, I have too many other balls in the air to even think about adding another right now. Maybe when I can afford that assistant...

No don't have one. I've also warched strreet teams with interest. It seems authors on best seller lists and midlist authors with several books and a following have the best success with this. They have paid assistants and adoring fans in charge.

If I had a street team I'd ask them to come in and do my laundry so I could write another book! ;) But, as Maureen so eloquently put it, I don't think I could get anyone to be on mine, either..

I wanted to go to that talk and missed it. :) I think my in-laws are my street team :) I don't have one either. I don't think I have a large enough fan base (yet?? she said hopefully). I do try to send ARCs to fans who do a lot of cheerleading for me. Maybe that's a start :)

No street team here either, but I could do with an assistant.