What Keeps You Turning the Pages?


As an author, I often contemplate what makes me want to read further in a book. What draws me into the story. I came up with three basic ideas, although there are many more.

The best way to get lost in a book from the first page is to have a situation that produces questions. This usually happens in mysteries where a murder is discovered at the start and the reader doesn’t know who did the deed. Thrillers often take this a step further, with the murder either happening on the page and/or the likelihood of more killings occurring in short order if the killer isn’t stopped. 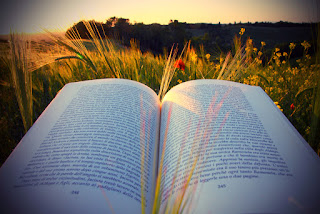 In my latest release, To Die Again, the novel opens with a purposeful accident in a bio lab which leaves people dead…but from a chemical gas impossible to produce in that lab.

Immediately questions are raised. Why would a killer use something not common to a bio lab to murder the occupants? Why make the murder obvious? Since there was more than one person in the lab, which one was the target? One scientist was anxious about the difference in her written lab notes versus the ones entered in the computer. Why would that be? And why was the usual lab technician absent that day instead of the one who usually worked with the scientist?

Set the Clock Ticking:
The questions can’t stop, and neither can the pace of the book. While a mystery might leave the identity of the villain unknown and have the hero collect clues to expose them, a thriller can unmask a villain early and show how they set out to defeat the hero or heroine. The bad guys are often the ones who “set the clock ticking” by hinting to their true dastardly plans or being two steps ahead or, even scarier, behind the good guys. In To Die Again, after the lab “accident,” the villain discovers the heroine has a secret that could change his future, and to gain it she must die by his hand. In the meantime, the heroine figures out why the villain set up the lab accident but has to prove it to authorities.

Another example of setting a clock ticking can be found in Julie Moffett’s No Room for Error. The villain caused Lexi Carmichael’s plane to crash in a remote island jungle. She and her cohorts survive only to discover the bad guys are on their tails and want something Lexi must keep safe. The clock is ticking, and they must move to survive all while trying to figure out who the villain is and what he really wants.

Add Complications:
Complications arise through characterization and through the story’s plot. But the bottom line is don’t make it easy for your good or your bad guys.

How do you add complications for the villain? Maybe he believes he is controlling the situation, but in reality, someone else is controlling him. Of course, both sides can have secrets within their own ranks, and the failure to share those, perhaps for very legitimate reasons, will create consequences.

In To Die Again, the hero is tasked to work with a new and rather unique FBI unit, one where everyone has secrets, only if he learns their biggest secret of all, the punishment is shattering.

In To Kill Again (coming next month), an elite soldier has to hunt and kill his villainous equal who is leaving a trail of corpses behind. It could take months to find him and, in that time, many more people could die. To save lives and shorten the timeframe, the soldier plans to take an untrained tracker who has uncanny abilities to locate the killer, but few fighting skills. The soldier must face off with the killer but is also responsible for his tracker’s protection. To make matters worse, the hero’s last tracker was killed, and rules forbid him using another. If the new tracker dies, he is out of the elite force forever. To up the stakes, give the villain one more advantage. Let him learn about the tracker’s shortcomings and that she is the soldier’s Achilles heel.

I hope this gets you thinking about what as a reader keeps you turning the pages?

Sandy Parks latest release is a thriller full of adventure with a dash of science fiction and romance. Available in ebook and print. 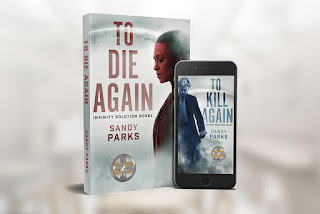 TO DIE AGAIN
A woman who doesn’t die.
A human who isn’t easy to kill.
A man who murders for power.

Dr. Mona Signoretti has the rare ability to shield her Infinitas life energy from others, making her appear human. She uses that talent by going undercover for a special FBI unit to investigate one of her species suspected of developing a deadly toxin to gain power in the human world. If she fails, not only are humans at risk, but also the mission to save her race from destruction. When her role is discovered and her life-sustaining energy threatened, an all-too-human agent, Grant Thornton, is assigned to keep her alive—not an easy task in a world where enemies refuse to die.

If interested, you can find To Die Again HERE.