Help, I’ve Got A Sagging Middle! 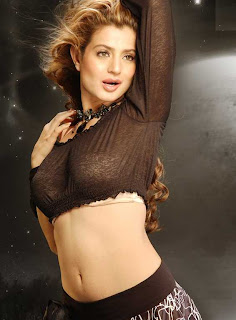 It’s been four months since the beginning of the year, so how many of you are fulfilling your New Year’s resolution to do something about your sagging middle? No, I’m not talking about your waist or the extra pound or two on your behind you might have acquired at Thanksgiving and Christmas. I’m talking about the dreaded sagging middle of your story. How many times have you read a book that started off with a bang but came to a screeching halt right about the middle? Frankly, I’ve read more than my fair share of them. So, why does this happen, and how do we, as writers, prevent this from happening to our stories?

Actually, there are a few simple steps you can take to keep the pace of your story at an even clip. One of the most common reasons for a sagging middle is that the writer reveals too much, too early, about the characters. Lure your reader into an emotional investment with your characters; show WHO they are without explaining WHY they are. As the story progresses, reveal more and more tidbits about your protagonists, making sure they have at least a few likable characteristics so your readers can both identify and empathize with them.

Another way to avoid the trap of a bogged down middle is to heighten the tension. Put your characters in danger, add some action, or, if appropriate, turn up the sexual heat. You can always have your characters do something surprising, unexpected or even outrageous, and you can tone it down later, if necessary. A simple trick and one of my personal favorites -- try to end all your chapters (especially those in the middle) with a hook that will keep the reader turning the pages like mad.

There is a lot more that could be said on this subject, but for the sake of brevity, I’ll give you my top-five list of reasons for a sagging middle. Hopefully, you can give your own story a once over and see if there are spots you can firm up.

1.) You’ve already revealed too much about your characters.

2.) Secondary characters or a subplot has sidetracked you.

3.) There is little or no conflict – internal, external or sexual, and no action.

4.) You’re not certain what comes next plot-wise. Or you are missing critical information to your story, but instead of spending time looking it up – you are trying to write around it.

5.) You’re bored with your story or you’ve come to the regrettable realization that your plot is unrealistic.

Well, now I’m off to the treadmill to sweat off the extra pounds from my real sagging middle. Thoughts, anyone?

Oh yes! I have suffered from sagging middles many times. I've been told after a certain age everything goes south for the winter, but I don't want it to be my book!
Excellent points, Julie. :)

That about sums it up! Also: you've written yourself into a preposterous corner and you need to delete the scene and don't want to. Which pretty much also boils down to you've revealed to much or you don't know where you're going!

Oh yes, the dreaded corner. I've been there a time or two, and spent way too many words trying to write my way out of it. Good post, Julie.

@Maureen: I've heard that same thing about everything going south after a certain age, but I don't want it to happen to either my body or book!! LOL!

@Taryn & Marcelle: I REALLY don't like the corner. Not a fun place to visit! :)

Great post - thank you. I think most writers have experienced the sagging middle.

I'm sure somewhere in Shakespeare there's a quote about the sagging middle! If not, there should be.

Terrifi post, Julie. Perfect timing for me as I'm about to start a second draft of a new novel and you gave me a lot of that old food for thought.

Great post! I'm actually at the middle of the wip so I shall make doubly sure it doesn't start sagging. :)

Excellent post. Really spot on--and I should know!! Thanks, Julie, for the helpful tips.

@Wynter: Yes, I think we all have experience with our middles at one time or another.
@Josh: Hmmm... maybe Shakespeare did mention this somewhere!

Julie, that picture of you at the top of the post? - you're looking marvelous!

When I was reading your points, I realized that I can relate to all of them. In fact, #4 might be what's wrong with the thing I'm working on now...Hmmm...

Gosh, that "getting bored with the story" rings true for me :). These are really useful, especially for a pantser-writer like me!