Writing Humor in Your Mystery 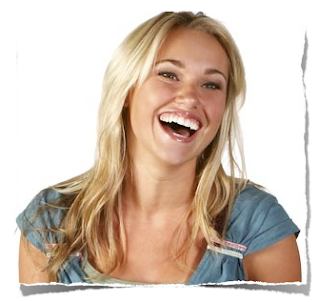 When I was a little girl my mom bought me a pretty pink dress. I eagerly tried it on and felt so beautiful. Parading around the living room, I showed it off for my parents and siblings. But I had a secret. I also liked to be comfortable. Therefore, the scratchy pink undies that went with the dress never made it on. Not a problem until I bent over to pick up the bone for the puppy and gave everyone an unexpected view of what was (or wasn't) underneath.

Writing humor can be a lot like wearing pretty clothes on the outside, but going bare-bottomed underneath. You have a secret - a plan to put your characters into unexpected and amusing situations and watch them try to figure it out. The end goal is to create chaos with laughable consequence and yet still further the plot.

Inserting humor into a mystery can be difficult. Mysteries are by nature a rather serious affair. Before you start to write, decide if the subject matter of your novel is suited to comedy. Also keep in mind that humor in mysteries is typically more successful when focused on the characters not on the mystery itself. Take Columbo, for example. The bumbling, seemingly inept detective of this series constantly got himself into one comical situation after the next. But he always solved the mystery and caught the bad guy.

How can you effectively use humor in your mystery? One way is to make an ordinary situation extraordinary. Shake things up with a surprise situation or an unexpected result to an otherwise normal day. Play with words by using metaphors, similes, irony or satire. Bring misunderstandings to the forefront of the action and incorporate a bit of silliness. Let the reader in on the joke, but keep the characters clueless. This is often an effective technique because it helps the reader relate to the characters since, at one time or another, we’ve all been the butt of the joke (or the joke has been on us).

Expectations are also important. The reader will know instantly when a character’s decision will cause a problem later in the book. Lead the reader along, show them how they are right, but then surprise them. Someone once asked silent-screen legend Charlie Chaplin how to do the perfect banana peel gag. He answered that it would be to have a woman walking down the street directly toward a banana peel on the sidewalk. The audience will make a logical assumption about what will happen next. However, it’s funny when instead of slipping on the banana peel, the woman cleverly jumps over it … only to fall into an open manhole on the other side.

For my latest mystery, No One Lives Twice, I spent a lot of time working on the humorous aspect of the story. It’s hard work. I had to choose my words and situations with care. There is a lot of rewriting, beta reading, and revising. Timing is another critical aspect for humor writers. You have to figure out the best time to reveal the punch line, the absurd ending, or the result of a hysterical situation. It’s important to keep the reader interested and invested, as well as amused. The end goal is to create chaos with laughable consequence and yet still further the plot.

How can you do this? Look for the humor in everyday life. Focus on the bright side of every situation, including dark ones. People would rather laugh than cry when faced with difficult life experiences such as death, disease or hardship. Play off experiences you’ve had, nearly had, or have happened to a friend. Most importantly, don’t be afraid to laugh at yourself. You will find the best humor comes from within, an honest, amusing moment we can share with others through the eyes of our fictional characters.

I would definitely be the one to jump in the manhole. :)
Sometimes as writers we look to inject humor just to give ourselves a chuckle, but it ends up benefiting the readers.
Now you know, Julie, you're going to have to fess up and share what was under the dress. I'm guessing cut-off sweatpants! :)

I'm guessing there was nothing under the dress :)
Humor is hard. It can rip the tension from a scene if inserted in the wrong place. Also, my humor is wonky, people don't always know I'm trying to be funny. Anyone who can effectively insert humor into mystery and suspense has my admiration. :)

Toni: I agree. Humor is really hard to write and at some point you have to accept you aren't going to tickle everyone's funny bone. Hopefully, however, you tickle enough people so that the book is successful!! :)

Great post, Julie. I love your story about the pink dress.

Julie-you reminded me-I lost my underpants on my wedding day (before the wedding.) I was getting dressed, the phone rang, I put the underpants down and could never find them again.

Alissa: Thanks so much, super editor!! :)

I applaud you for doing humor well. I've tried it and it isn't easy to blend just right with suspense.

Wynter: It is hard to blend humor with suspense. But I do like to laugh and actually laugh when I'm scared or nervous. And I think my humor may be wonkier than Toni's. :)

I love the juxtaposition of humour will all kinds of effects - with mystery, with sudden drama, with the ambush of sadness. I think it makes it even more effective. And of course, I like to have a smile when I'm reading! :)