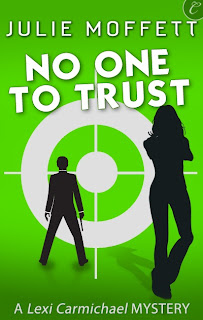 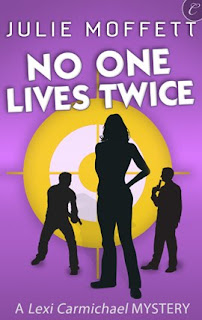 When I wrote my first book way back in 1992, I didn’t see myself as an author who wrote sequels or series. Back then I was a one-book kind of girl, no afterlife necessary for my characters. I focused on one book at a time and enjoyed myself, hoping my readers did too.

But one day, something unexpected happened. After publishing my third book, A Double-Edged Blade, (a time-travel romance set in Ireland), I received a slew of fan mail asking for a continuation of the story. At first I couldn’t imagine doing a sequel. I hadn’t planned it. I didn't have any extended character arcs planned. What kind of plot would I have? Could the characters live on? How? What would they do? How would they do it?

Shortly thereafter, I figured it all out and penned my first sequel, Across a Moonswept Moor. A few years later, I wrote my first series in conjunction with my sister -- a historical trilogy about three sisters who are descendants from the Salem witches. I wrote the first and third books; she wrote the second one.

There is no question that writing a sequel or a series is a challenge. A series requires a lot of foresight, planning and long-term character arcs. For me, plots have to be at least lightly sketched out for a few books in advance. If you have an exact number of books planned for your series, then it's easier. Either way, you need to have a firm idea of where you want to go with your characters and how you want them to change. Personally, I love to revisit my characters in novel after novel. In many ways they have become like family. It's fun to plot and watch their growth as people, lovers and friends.

Now I'm writing a humorous mystery series for Carina Press (www.CarinaPress.com) and having a blast. The first book, NO ONE LIVES TWICE, introduces geek extraordinaire, Lexi Carmichael, and her quirky friends. The second book, NO ONE TO TRUST, expands on those characters and their adventures.

So, how about you? Do you like series or books with sequels and prequels? Why or why not?

Just in case you are new to the series, here’s an short excerpt of NO ONE TO TRUST:

When I was seven my older brother Rock gave me a camera for Christmas. The science of photography fascinated me—the angles, depth and lighting. But I was more interested in how the camera worked than in what I was pointing it at. Fast-forward a few years and here I am, a twenty-five-year-old, single, white, geek girl who can’t take a decent picture of anything.

I’m also a semi-reformed computer hacker, a numbers whiz and a girl with a photographic memory. The whole photographic memory thing is totally overrated, though. Every human has the physiological capability. Most people just don’t have the film.

Lucky for me, I’ve got the film, but I’m also stuck with a geeky reputation. Counter to the stereotypical image, I don’t wear thick glasses held together by duct tape and I no longer own a pair of high-water pants. On the other hand, I’m no Miss America—just your basic tall, skinny girl with no curves and long brown hair. I double-majored in mathematics and computer science and have zero social skills.

I enjoy reading series but I only recently started writing them. I think they took too much pre-plotting for the pantser I used to be! Now I love them and publishers and readers are always looking for new series.

I rarely read series, fickle thing that I am, and admire writers who can pull them off well. Congrats, Julie!

I love reading sequels and series for the very reason you mentioned. You see characters grow and change. The problem I've found with some big named NY Times listed authors is that they keep a series going too long and it loses its. punch. Good luck to you with this new series. I'm going to check out the series you did with your sister as well. I've been trying to get my sister on board for a collaboration for years and we just may be bridging that chasm now. LOL

I love reading series up to a point. I don't like my HEA of one book to be destroyed in another LOL. I have written a few connected books (although they aren't yet published). SEA OF SUSPICION and STORM WARNING have a couple of crossover characters but it's a very loose weave. Lexi is one of those characters I could get on board with for a series :)

I enjoy a series - usually a mystery series - as long as the plots stay fresh. The characters continue growing and the author has time to fully build out the world and secondary characters.

I can see that a romance, which should wrap up with a HEA, wouldn't have the same serial appeal.

I love to read series, J. But still can't picture writing one.

The line that caught my attention was: "a whole slew of fan mail!"

Who wouldn't try something new when the fans are clamoring for more? Dreamy!

I'm in awe. I like series but hate waiting for the next book. I've been known to wait until I can read several before starting one.

We're very happy that you're writing a series now, Julie. :) And your covers are addictive. We need blue next! Keep writing!!!

@Wynter: I admire those writers who are pantsers. Always been a plotter and even more so with a series!!

@DHM: I agree that some series outlive their stories. No names mentioned!! :)

@Toni: I also like interconnected stories and characters. They don't have to be series or sequels per say, but you have to have a character arc of some kind!

@Cathy: I agree it is hard to do a straight up romance series. Marie Force has some, I believe.

@Julie: Thanks! It's always great to receive fan mail.

@Rita: Love your stuff. Why don't you write a series??

@Maureen: Thank you and I'll keep on plugging on!

It depends on the series, of course. Yours absolutely hit the spot for me and I anxiously await the next one.

I've always enjoyed reading a series and yours sounds like great evenings of reading fun. I'm dipping a toe in the water and outlining a new Augusta Weidenmaier cozy.

I love reading series, as long as they're the type to wrap up at least one love story per book. I'm not as fond of the ones that have a continuing character who vacillates among love interests across several books. My love of reading series has translated into my writing. I tend to think in longer story arcs (for the series) as well as shorter ones for each book.

Just found out yesterday that Carina will be publishing the second in my Mindhunters series (yay!), so it looks like my dream of seeing more of my characters get happy endings will come true. ;)

Not only do I like series, but I'm loving yours. I can't wait for the next book! :)