The Power of The Blurb

My son (as a child!) used to call them Blubs - my hubby calls them The Waffle. Both are referring to the Blurb on the marketing of a book.

It's just a brief summary isn't it? Guidance as to what the book's about?

Don't underestimate The Power of the Blurb!

It's the part of writing a lot of us hate - how do we squeeze all that book into 200-odd words and why the hell should we? - and I've helped out a few fellow authors recently. It's as much a struggle for me, believe me, but I'm starting to enjoy it :). And whether you publish with an agent or not, with a traditional publisher, independent, or self-publish, you'll always be asked for input on a blurb.
After all, you're the one who knows the book best! 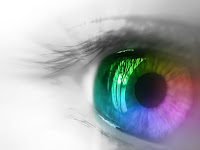 In selling a book, the cover initially catches the eye, but I believe the blurb reels the reader in. Examine your own buying habits!
I'll be drawn by a cover, then will look immediately at the blurb. I need to know it's not a book about a genre I don't like (though the blurb may tempt me to try).
Then - thanks to Amazon's "read inside" option - I'll read a sample to judge whether I'll like the style. Again, the Blurb links in with this. A bland blurb (try saying that after 6 glasses of new year prosecco) probably won't persuade me that this is a fresh new telling of one of the main tropes of fictionlandia.

For example, do you think...

Janette woke up at six, washed and brushed her teeth, then took the No. 65 to work in the local supermarket. At around 11 o'clock while she was stacking tins of beans in Aisle No. 32, she saw a young man watching her. She thought he was really handsome, but then he suddenly grabbed her arm and started pulling her out of the store behind him.

Janette's life was routine and, sad to say, quite ordinary, until the day she was snatched against her will from Aisle 32 of the local supermarket, by possibly the most attractive young man she'd ever met in her life - at least, he would have been, if he wasn't pointing a gun at her head.

I often write the blurb at an early stage of a book. It's a different animal from a synopsis, but it helps me lock in the feel and voice of the characters. Here are some of the basic rules I follow, but of course it's all up to your own style.

Keep the sentences snappy - you don't want your reader to be confused before they've even started.
Mention only the main characters, for the same reason.
Use words that are emotive, exciting, dramatic.
Find a few key words (only) for each of the main characters, and also the theme. Evocative words, rather than description. 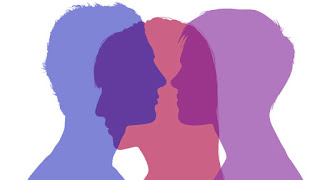 Spoilers?? Definitely not! We've all read blurbs/ reviews and seen movie trailers that show so much, you don't feel you need to see the the whole thing.
Intrigue the reader, if you can, though try not to manufacture melodrama. Will self-employed accountant and author Clare ever manage to escape the rabid werewolf and paddle up the Amazon in time to save the world?

Don't lie! How annoying is it when you buy what appears to be a thriller but the drama is wrapped up in 3 chapters and the rest is steady plodding?
However, look on it as a sales pitch in itself - as a mini story.
Use it to showcase your style, with a thrilling race against time rather than a trip to her auntie's.
If your character is snarky, reflect that in the blurb. If s/he's under pressure, use a clipped tone.


And to show off (!), I finish with the blurb for my Feb novella release...

How the Other Half Lives by Clare London

Compulsive neat freak meets chaotic slob: Can their living space survive the conflict?
Martin Harrison keeps himself to himself and his Central London flat as neat as a new pin. Maybe he should loosen up and enjoy more of a social life, but in his mind, that’s tantamount to opening the floodgates to emotional chaos. He agrees, however, to join the flat-sitting scheme in his building and look after another tenant’s flat in exchange for a similar watch over his when he’s travelling for his work.
A floor away in the same building, Russ McNeely is happy with his life as a freelance cook and a self-confessed domestic slob. He also joins the flat-sitting scheme, both to be neighbourly and to help keep his flat in order, as Russ also travels for his work.
For a while, the very dissimilar men never meet. Martin is horrified at the mess at Russ’s flat, while Russ finds Martin’s minimalist style creepy. But in a spirit of generosity, each of them starts to help the other out by rearranging things in their own inimitable way.
Until the day a hiccup in the schedule brings them face-to-face at last.

Saved this for reference. But then I've always got the real thing to ask if I need a hand ;)

Excellent, excellent, advice. Thanks for sharing. I also distill the story into 25 words and 6 words. It helps me focus on what is important in the story.

This is a great topic. I actually enjoy writing the blurb, though it's always a challenge. In my mind, it's more like writing a television ad, so the pacing and wording is often different. And I usually have a document open as I write the manuscript, and throw key words, theme, character traits, etc. into that document as I'm writing so that I can shape it into a blurb later.

I shall definitely save this. First one on the topic of blurbs I've ever read. It's a goody. Thank you.

I have to save this - and the other comments! I struggle with blurb writing. Sigh. Anyone want to help with the one for my upcoming release????

Lilian - Haha, I've been looking at one of yours today and sharpening my (supportive) pencil! :D

Rita - that's fabulous advice. One of my publishers used to ask for 3 different version of the blurb, from full down to 25 words. It certainly helps to concentrate the mind!

Anne Marie - well said! I like to see it as an advert, as more visual and vivid than plain words.